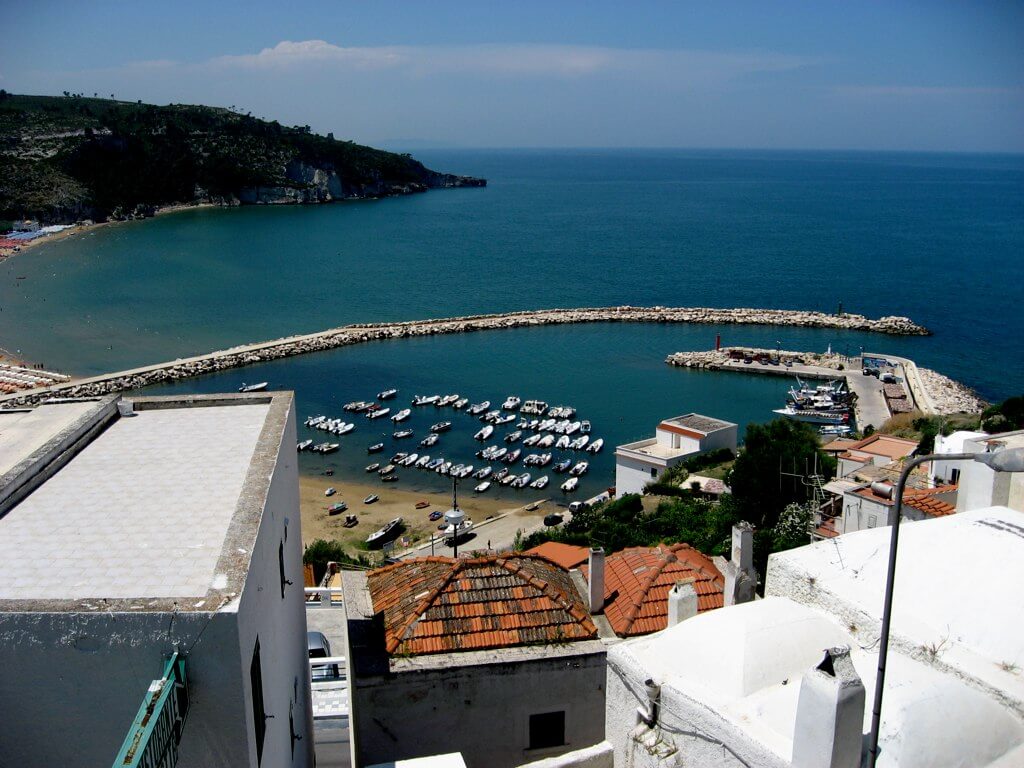 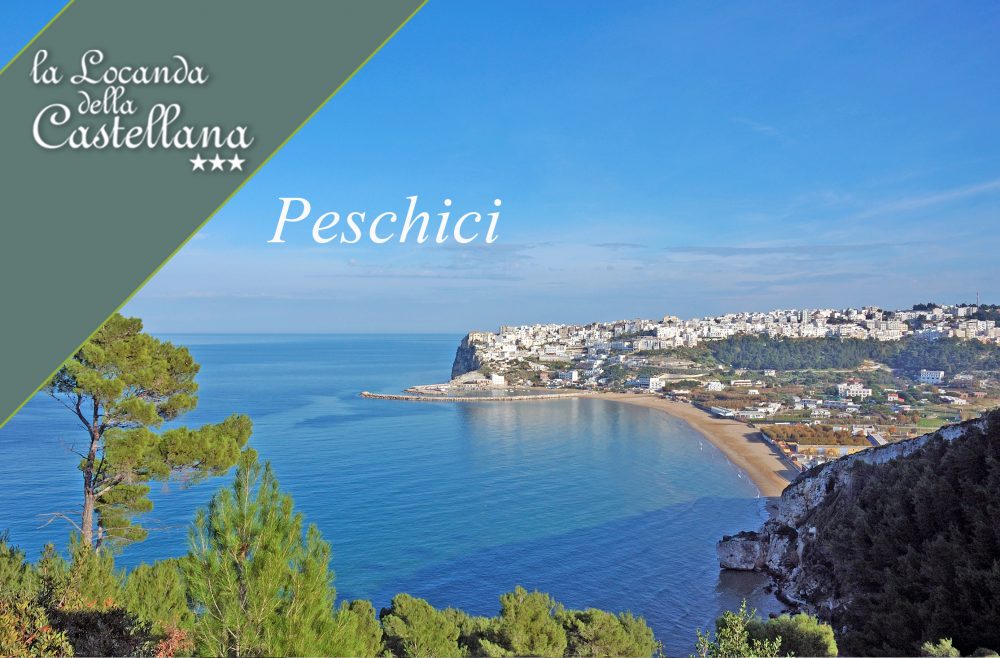 White mortar on a rock like a ship between heaven and sea.

Settled since the Paleolithic because of the existance of flintstone on the Gargano territory. In the Neolithic we find the most important traces left from the presence of the Daunian popolation. The Big Cave of Manaccora is its most emblematic example.

The first more recent news come out of the year 970 d.C. when the Schiavonians (a slavonian popolation good in batteling wars), after having definitively catched away the Saracens, by order of Ottone I, founded Pesclizio on the ruins of a farm house destructed by the Saracens. The name Peschici is supposed to be of slavonian origin, as also many terms of the local dialect.

The isolation of the town interrupts  thanks to the splendor that the Abbey of Kalena (820 d.C.) emans, in the times of the pilgrims to Monte Sant’Angelo ( via micaelica), flourishing of the territory of eremits and abbeys, places of recover for the numerous pilgrims coming to the Montagna Sacra – Monte Sant’Angelo (Holey Mountain). The abbey, by now in ruins, broken  down because of the negligence of the owners and the local administration of Peschici, nobody was and is able to understand the historic and arcitectonic value of this jewel.

What makes Peschici rather unique on the Gargano territory is its historic centre and its borough. Castled on a 90 metres high rock you have an outstanding panoramic view, as it is buildt on a spur on the most occidental spot of the whole Gargano. The influence of the Orient can also be seen in the typical constructions of the antique houses, dome-shaped and on a quadrangular base, reminding Greece or in any case the Orient. Today Peschici is member of the Borghi Autentici Italiani (the Authentic Italian Boroughs).

The white of the mortar, the blue of the sky and all the shades of blue of the sea were a great inspiration for painters and artists, they lived here the golden era of the town, the ’60 e ’70 years. Alfredo Bortoluzzi, Conversano, and many other personalities of the italian show business and jet set. Lucio Dalla composed here “4 marzo 1943”.  Italian princes, designer, actors and writers animated the Peschici summers. Night clubs with style and class, little typical restaurants, the authentic receiving of the population, the simplicity and the naturalistic beauty are the basis for the national and international success of this little seaside town.

With the upcoming of the mass tourism the fairytale was replaced by the reality of tourist structures ready for reception, a quality that characterises the population of Peschici.

Peschici with its roundabout 4000 inhabitants, in winter is a quite little town inhabitated by fishermen, hunters and collectors of olives. In summer it becomes one of the most beloved seaside localities of the whole Adriatic Coast with visitors coming from all the world. Compared to the near Vieste, Peschici has less mass tourism, precisely because of the morphological characteristics of the territory, made of climbs and downhills, stairs and little beaches of very thin sand.